The Lost Art of Civility

It's Time to Stop Shouting and Start Listening 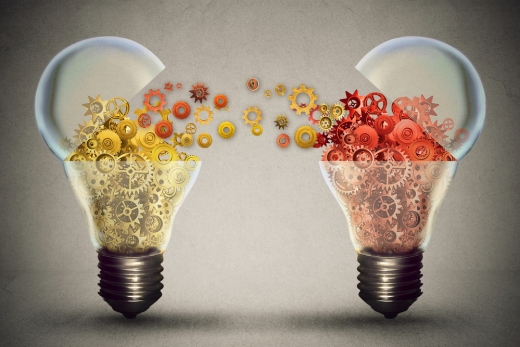 “Namaste” Is Not an Empty Phrase

Putting personal politics aside, I have been reflecting on how the November election continues to impact us as a nation.

Having spent many years in polite society, civility is a core element of who I am. From an early age, we were taught “If you can’t say something nice, don’t say anything.” When formulating a response, my personal code of conduct requires that I ask myself “Is what I am about to say true, necessary, and kind?” I was brought up to build relationships and recognize the value of each person encountered.

For Christians, the sense of ‘otherness’ has even deeper roots. We are taught to “love our neighbors” and the parable of the Good Samaritan reinforces that our neighborhood is global and extends well beyond our own subdivision or town. We are also taught that all people are created in the image of God. This is a view shared across many religions – that there is an element of divinity in each of us that should be recognized and acknowledged.

We are blessed to live in the United States – a country founded on freedom and one that is built on a foundation of diversity. Not just diversity in terms of race, gender, religion, culture, and sexual orientation. But, also diversity in terms of ideas and opinions. When we collaborate, we achieve synergy. Leadership training stresses the value of creating supportive environments, encouraging the exchange of ideas, and making it safe for others to contribute towards solutions. Diversity training teaches us what not to do and reiterates that hostility in the workplace is unacceptable.

So, why has this election made so many Americans seemingly abandon these principles? Why do we feel compelled to choose name calling and character assassination over an intelligent discussion of issues? Above all, why are we no longer willing to listen to each other? Instead, there is a growing trend of verbal abuse towards those who disagree with us.

The New Face of Bigotry

While the Left calls the Right “hatemongers and xenophobes” and the Right calls the Left “libtards and snowflakes,” we have all forgotten the very definition of bigotry. The Oxford Dictionary defines a bigot as “a person who is intolerant towards those holding different opinions.” Historically, Americans prided themselves on tolerance and open mindedness. Being perceived as a “bigot” was a bad thing. Yet, today, bigotry has become de rigueur. From the perceived safety of our keyboards and cellphones, we take off the proverbial gloves and strike out, with impunity. I have watched this trend on Facebook and Twitter with growing bewilderment. Friends turning against friends; families dividing; and intelligent, articulate people posting litanies of insults.

Up Close and Personal

This trend became personal for me during a recent verbal exchange within my own family. The flash-point was the word “immigration.” After a heated argument between people who love each other, I realized that I was seeing a microcosm of what is occurring on a national scale. The Right and Left have different realities fueled by different media sources. Although we are all Americans who want the country to be a better place for our descendants, we do not agree on the current state of the union or the path we need to take to the future. To say that we “disagree” is an understatement – our view of the world differs so substantially that dialog has become a true challenge.

As Americans, we are guaranteed the right to freedom of speech and the right to peacefully assemble. We have the right to be treated equally, under the law. But, these rights are under siege by groups that one would expect to be their champions. In January, the Women’s March on Washington uninvited women with pro-life beliefs. In May, the Charlotte Gay Pride parade refused to allow participation by a group favoring Trump.  In June, Portland’s city government denied a permit to those marching for their concerns about the protection of civil rights for women and LGBTs. Black activists organize events and discourage participation by those who are not black. College students use violence to silence voices that don’t match their own politics. It seems that those concerned with “social justice” and the rights of minority groups are becoming exclusionary and modeling the very behavior that brought them together in the first place. With this trend of demonizing those with different opinions, we are creating a roadblock for civil discourse and are setting ourselves up for national failure.

In terms of our national timeline, a presidential term of office is but a blip. If we (the people) destroy our country from the inside, we all lose. As a nation, we’ve seen many leaders come and go… some better than others. Leadership is temporary but America is not. If we remain focused on “principles before personality,” we can pull together as a national community and work towards solutions. It would not hurt any of us to take a moment and reflect on who we are and who we want to be, as human beings. Name calling and ad hominem attacks have no value and do not move us towards self-improvement as individuals or as a nation.

Let’s be kind, respectful, and start listening to each other again.  Let's try to understand the 'why' behind opinions that differ from our own. Above all, let’s agree to disagree; focusing instead on shared goals and the intrinsic value that each person brings to a discussion. Only then, can the healing process begin.